<![CDATA[ <![CDATA[<img class="alignnone size-full wp-image-3401" src="http://allhoroscopesigns.com/wp-content/uploads/2018/03/maps-of-solar-path.jpg" alt="" width="960" height="500" /> The 15th-century painting “The Last Supper” is one of the world’s most famous paintings. But is there a message hidden between the brushstrokes of Leonardo Da Vinci? 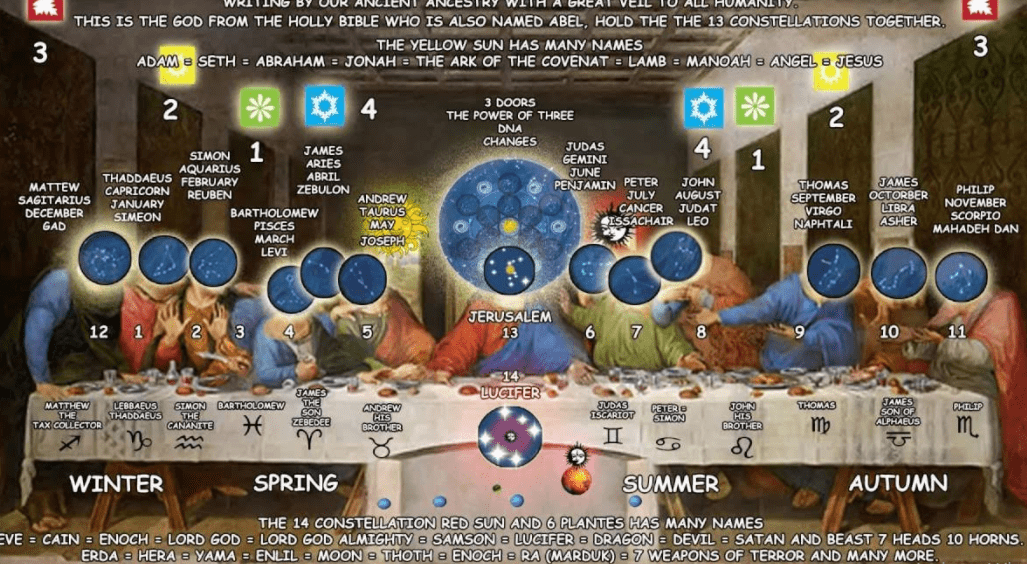 Leonardo Da Vinci is an Italian Renaissance artist with much of his work gaining further light in recent times due to the Dan Brown series “The Da Vinci Code”. Some of his notable works are The Mona Lisa, The Last Supper, and The Vitruvian Man. The focus of this article is that of “The Last Supper” What many don’t know about Da Vinci is the incredible achievements he managed to achieve outside of his artwork. He was not only an artist but a writer, inventor, architect, engineer, mathematician, anatomist and many suspects he was also an alchemist (although this has been disputed). What he achieved in his life spans what most people would deem achievable in many lifetimes, but much of his work was also shrouded in mystery. This video has a lot of emphasis on the roots of secret societies- such as the Freemasons, and how many people of notable success through history were a part of similar groups. Then the video delves into the cross-cultural historical representations of the Zodiac- which it has said “The Last Supper” is a representation of. I am Luke Miller the author of this article, and creator of Potential For Change. I like to blend psychology and spirituality to help you create more happiness in your life.]]]]><![CDATA[> ]]>